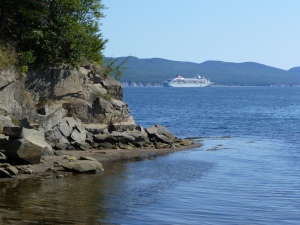 We arrived to another gloriously warm day in a port bathed in sunshine. Boarding the tender we hold our breath in anticipation of what we’ll discover in this smallish town.

Once landed we walked across the bridge and helped by a fair number of men in hard hats waving flags to stop oncoming traffic we meander down onto the boardwalk which led us up to the Gaspesienne Museum. This holds the history of the development of the region where some interesting standing stones depicting the attitude of the settlers toward the indigenous people (or visa versa) and some nice gardens with statues. The nearby Forillon park wasn’t quite nearby enough to walk to but apart from the town the entire area was covered with greenery and very pretty. 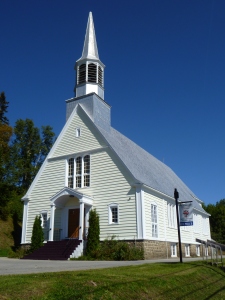 Back into the town and a visit to a modern church with some unusual architecture and colourful modern stained glass windows. Then a walk to the far side of town bought us to a more tradition church building clad all in white overlapped boards, and the time had come to indulge in our habitual investigation of the local fare. Several beers later we headed back on board the ship wondering how we’d had such a hot and sunny day this far north at this time of year, not what we’d expected but obviously very welcome.

As for Gaspe, well it was certainly a very nice place to visit, friendly and welcoming, excellent food and local beer…….but maybe next time we’d need to book a trip into the national park or take the train to Perse for something else to do. We were told the views from the train were magnificent, but it appears the train only runs on certain days and then mainly for the benefit of cruise ship tours. We were very lucky with the weather but if it had rained there was little here to keep you occupied for a whole day, unless like us you’re content to sit watching the world go by with a beer in hand. 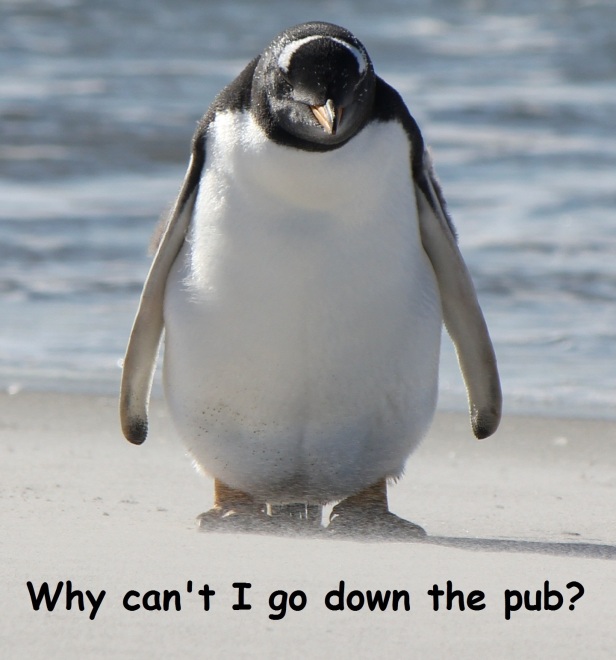 All text and images copyright © to J Arthur Gray 2015. All rights reserved and observed. I am happy to allow linking/re-blogging/sharing, delighted in fact. Using any of my work for purposes of making money is a definite no, and of course illegal.
%d bloggers like this: